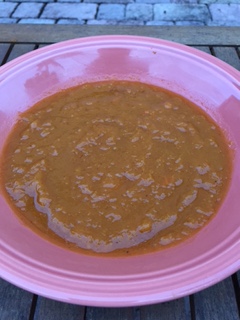 I love butternut squash in the winter. It’s a nice hearty veggie and there are so many different flavor options. You can go sweet, salty, or even spicy. It is also chock full of nutrients like vitamin a, potassium, and fiber, and is low in calories. Per the USDA, 1 cup of cooked cubed butternut squash has only 82 calories, 6.6g of fiber, and 582mg of potassium.

Anyways, I have been meaning to try making a butternut squash soup for some time but just had not gotten around to it. So, a few weeks ago I was attempting to make my whole grain butternut squash risotto (which you can find here) and it did not turn out exactly as expected. My butternut squash risotto ended up turning into a mushroom risotto because I accidentally fell asleep with the butternut squash in the oven, and it got a bit over cooked…whoops. It was pretty mushy by the time I woke up and both myself and my husband prefer more firm chunky pieces of butternut squash in risotto (he hates mushy foods). So the overcooked butternut squash was transformed into a delicious velvety, smooth, soup. If you saw my facebook live video today about what is in my freezer, you may have seen me pull out a tupperware containing this soup. I am saving some for when I inevitably catch another cold from Baby V. 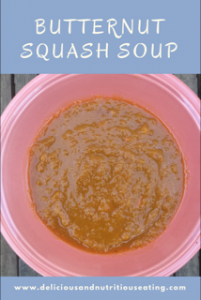 Throw everything in a pot and cook on medium heat until warmed to your liking. 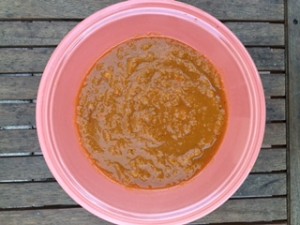 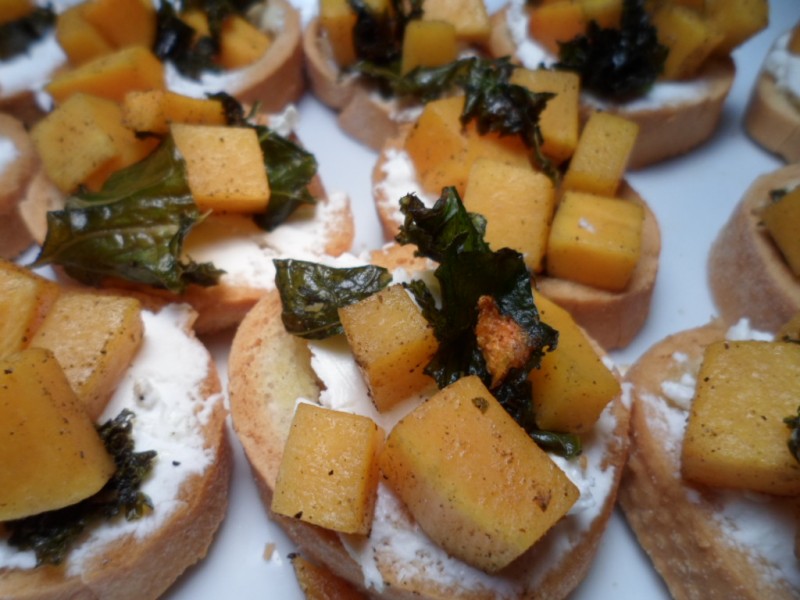 Butternut squash is a great fall and winter staple. There are so many things you can do with it, such as making a flavorful soup or just roasting it with your favorite spices. It is fairly low in calories and fat, full of potassium (great for blood pressure), vitamin a (good for vision) and fiber (can help get those sluggish bowels moving). Also, it does not spoil as quickly as some other veggies, so you don’t have to worry as much about it going bad before you have a chance to use it. The only thing that bothers me about butternut squash is cutting it up….I am not best with knives. However, I have found that poking some holes in it and putting it in the microwave a few minutes does help soften it up so it is easier to cut. You can then continue to cook however way you like after you have the squash slightly softened and cut up.

I love little mini breads topped with deliciousness, so a few weeks ago I decided to make an appetizer that was a seasonal take on bruschetta. Instead of a tomato basil topping, I decided to make a kale and butternut squash topping. And I also added some goat cheese because cheese is delicious and of course adds a little calcium that most of us don’t get enough of. For my recipe I used Udi’s gluten free french baguettes but if you don’t need to make it gluten free you can always just use any other baguette type bread…preferably one that contains some whole grains. 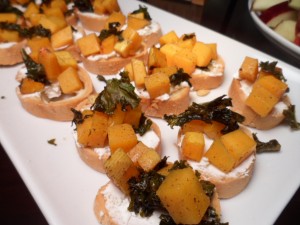 Ingredients
3 Udis Gluten Free French baguettes (freezer section)
1 T Olive Oil + extra for brushing on bread
1 Butternut squash peeled and diced ~6 cups
4 Cups Chopped Fresh Kale
1 Teaspoon Ground Sage
1/4 Teaspoon Salt
1/4 Teaspoon Pepper
1/4 Cup Apple Cider Vinegar
6 oz Goat Cheese
Directions
Preheat oven to 450 degrees. Slice baguettes into 1/2 inch slices after bringing frozen baguettes to room temperature. Brush 1 side of each piece with olive oil, using a pastry or silicone brush. Put slices oil side down on a parchment lined baking sheet. Cook for about 5 min on top rack of oven or until bread appears lightly toasted around edges. You may have to make in batches. Remove from oven and turn oven down to 400 degrees.
Add butternut squash and kale to a large glass baking dish. Mix in apple cider vinegar, 1 tablespoon olive oil, salt, pepper and sage. The kale may look like an excessive amount but it will bake down. Stir until evenly coated. Bake in oven for 35 minutes in lower rack or until butternut squash is cooked through (if you bake on top rack, kale may burn a little). Top olive oil side of bread pieces with a thin layer of goat cheese and butternut squash mixture just prior to serving.
1
Share 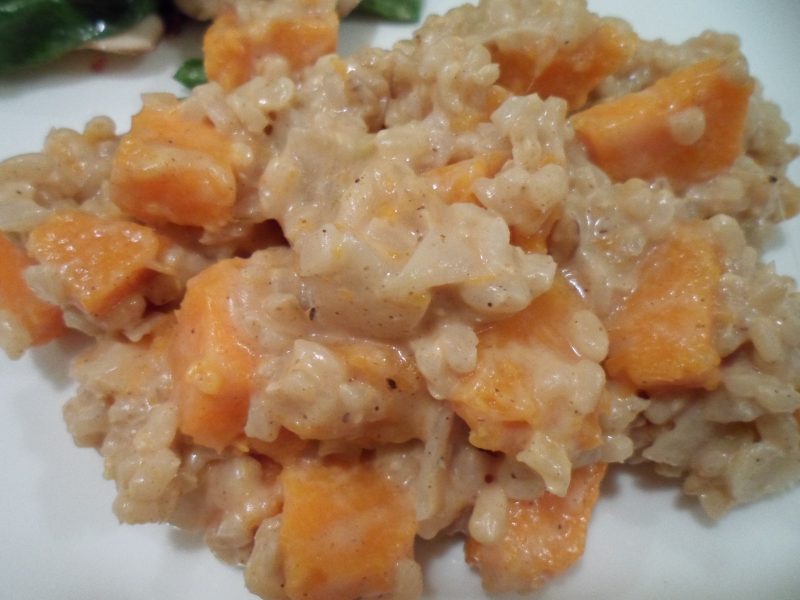 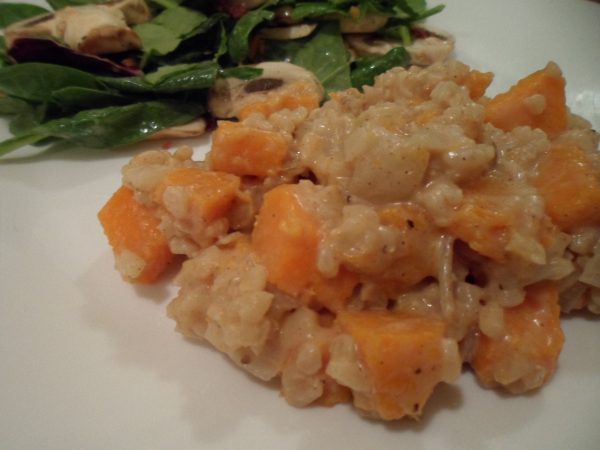 Anyone else love to munch on all the apps on NYE?

We started our holiday baking today with some CHOC

How is Thanksgiving already next week? 🦃 We we